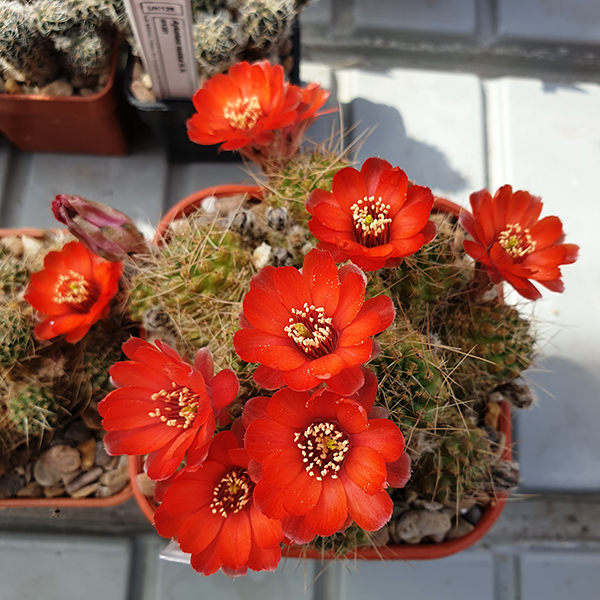 There are at least three different plants in circulation with the number WR493. Discovered by Walter Rausch in Tarija, Bolivia in 1978, it was thought by him to be a smaller form of A. raulii, which had been given the field collection number WR485. WR493 was then subject to study by S. Mosti among a greenhouse collection of A. colorea. He found it to be distinct, not related to A. raulii, and sufficiently different from A. colorea to warrant specific status: A. gavazzii.

There are plants being sold in nurseries with the number WR493 which are more akin to A. gavazzii or A. atrovirens, as well as A. raulii. Each has different habitat location data. The plant shown here is A. raulii, but the number WR493 has been inappropriately applied by the nursery who sold it.

New to the Gallery